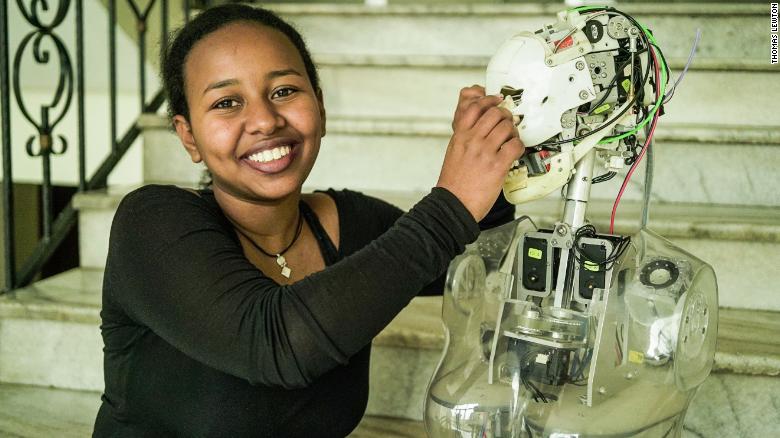 Dessie is coordinating a number of nationwide programs run by robotics lab iCog, the Addis Ababa based artificial intelligence (AI) lab that was involved in developing the world famous Sophia the robot. 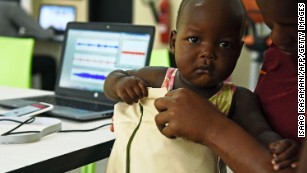 The biomedical smart jacket that diagnoses pneumonia using Bluetooth
She has four software programs copyrighted solely to her name – including an app developed for the Ethiopian government to map rivers used for irrigation.
And it all began when she was just 9.
She recalls: “On my 9th birthday I wanted to celebrate so I asked my father for money.” When her father said he didn’t have any to give her that day, Dessie took matters into her own hands.
Making use of the materials around her – her father sold electronics in their home city of Harar in eastern Ethiopia – Dessie started with small tasks such as video editing and sending music to customer’s cell phones.
“I got about 90 dollars – then I celebrated my birthday” she laughs, sitting in one of the robotics and coding rooms at iCog, Ethiopia’s first AI lab.
iCog launched in 2013 and Ethiopia’s tech industry is set to take off even faster this year following the liberalization of the country’s economy under new Prime Minister Abiy Ahmed.
Abiy who took office in April, has part privatized a number of state owned companies including telecoms provider Ethio Telecom. It’s a bid to hopefully pave the way for better internet access. The country is seeing huge changes following a government sanctioned internet blackout that took place prior to Abiy taking office.

Practical apps for the community 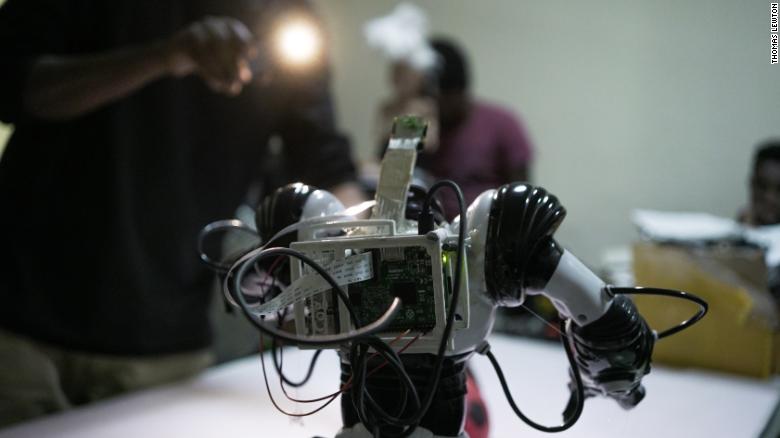 A guiding light at iCog Labs for a football playing robot. Image: Thomas Lewton.
One program Dessie leads on at iCog is “Solve IT”, which works with young people to find technological solutions to community based problems.
Dessie travels the length and breadth of the country working with students (some up to five years her senior) to inspire the next generation of innovators and entrepreneurs.
Being younger, she says, means she and other teachers are “more in touch with what the students are experiencing.” In the same way women teaching women can be impactful, she adds, having had the same lived experiences. 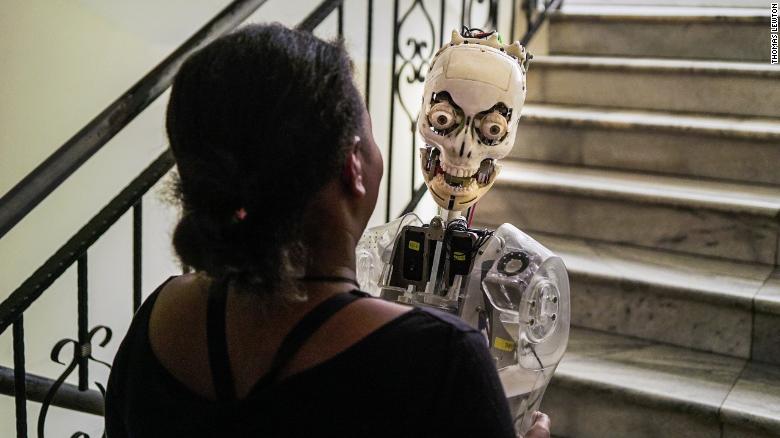 Betelhem Dessie carries a prototype of Sophia the robot at iCog Labs. Image: Thomas Lewton.
Girls are a minority among the students attending “Solve IT”, but for Dessie they have the most to contribute.
“The boys imagine more, they want to do something that’s big and inspired, the girls they really want to help their community from the core,” she explains.
Instead of space rockets and robots, the solutions put forward by the girls she teaches tend to be grounded and immediate – such as an SMS app that informs farmers about local weather conditions.
Dessie’s passion for technology was, for the most part, supported growing up in relatively liberal Harar, but her experience isn’t the norm in Ethiopia.

Teaching the basics of AI

In 2013, women accounted for a quarter of students enrolled in science and technology studies at university; while only eight percent of science researchers are women. “Unless you really are in the industry, there is no one to look up to in technology,” says Dessie, pointing to this lack of female role models. 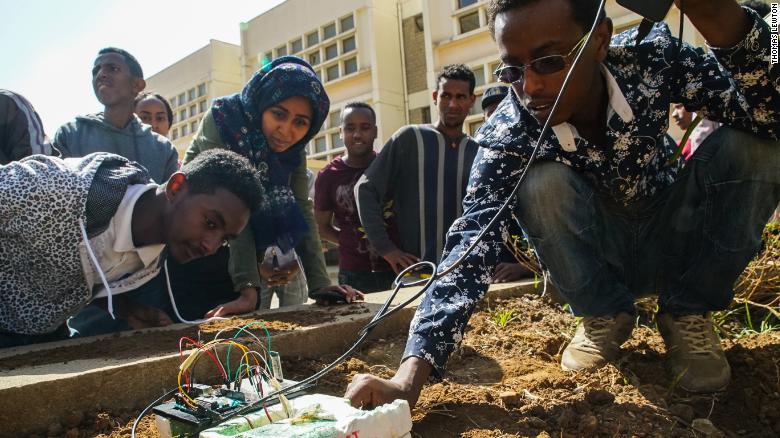 “Solve IT” students test their AI tractor at Mekele University in Ethiopia’s far north. Image: Thomas Lewton.
“Anyone Can Code”, is another project of Dessie’s that teaches young Africans the basics of artificial intelligence, robotics, blockchain and other emerging technologies.
Read more: Teenage girls to launch Africa’s first private space satellite
She is currently looking for funding for a project called “The Sophia School Bus.”
“The bus will go around Ethiopia equipped with laptops and other electronic materials such as 3D printers to create more awareness on these technologies – using Sophia as a brand to attract,” she explains.
With the help of Sophia the robot, Dessie hopes to inspire the next generation of coders in Ethiopia and Africa more broadly – particularly girls.
Asked why this is so important to her, she smiles.
“Who can solve the problem of a female if she cannot tell you the problem, and find her own solution?”
this article directly posted from CNN website with out any changes
to see the original source go to CNN.com
FKA